The Culver Cove Resort and Conference Center is an 80‑unit hotel‑condo complex located on Lake Maxinkuckee near Culver, Indiana. As a seasonal resort, there is a wide variation in hot water demand. Originally hot water was supplied from three utility rooms, each with six 100‑gallon commercial tank‑type heaters. Circulating pumps and mixing valves were required to prevent scalding.

Rich worked with Mike Lambert of Mid City Supply and Clark Boyles of PM and Associates, the Navien distributor and rep in northern Indiana. They recommended installation of five cascaded Navien NPE-240 units for about one third of the complex — about 24 to 26 units from one to three bedrooms each. Mike and Clark worked with Jason Richards, owner of A Plus Plumbing Heating and Cooling to work out details for sizing, designing and installing the system. The installation took about a week and a half, including removing the old tanks.

The five Navien units used two sets of four-inch PVC vent pipes that ran through the roof in an existing 12‑inch B vent.

Efficient hot water supply: Jason said, “The five Navien units are cascaded so when the master unit comes on, it triggers the next one in line to help as needed, and so on until all units are running if necessary. Each time a Navien unit comes on, it’s a different master-slave situation, so all five units have equal run times.” Clark added, “Unlike the old tank system, we could eliminate the external circulating pump and mixing valve since we can set the temperature at 120 degrees.” Another huge factor in selecting Navien NPE was the internal recirculating pump and buffer tank, which assure an uninterrupted flow of hot water.

Energy and water savings: “We have noticed a decrease in our energy cost from NIPSCO, our local gas supplier — a real dollar savings every month,” Rich remarked. “We have applied for an energy rebate. I also have seen a decrease in our domestic water use.”

Easier installation: “One of the main reasons we went with Navien is the ability to use PVC,” Jason said. “The common venting also makes it less expensive. In this retrofit situation, we could use existing penetrations to run our vents. That saved a lot of labor.” 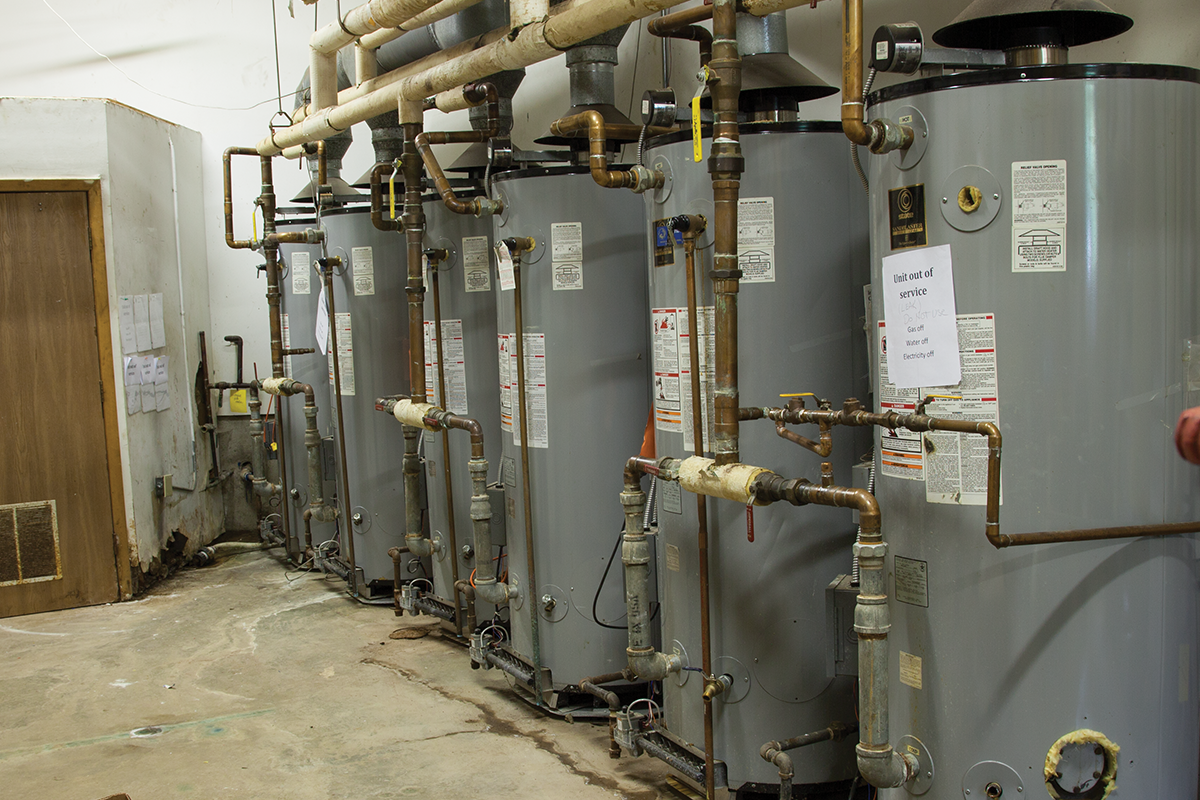 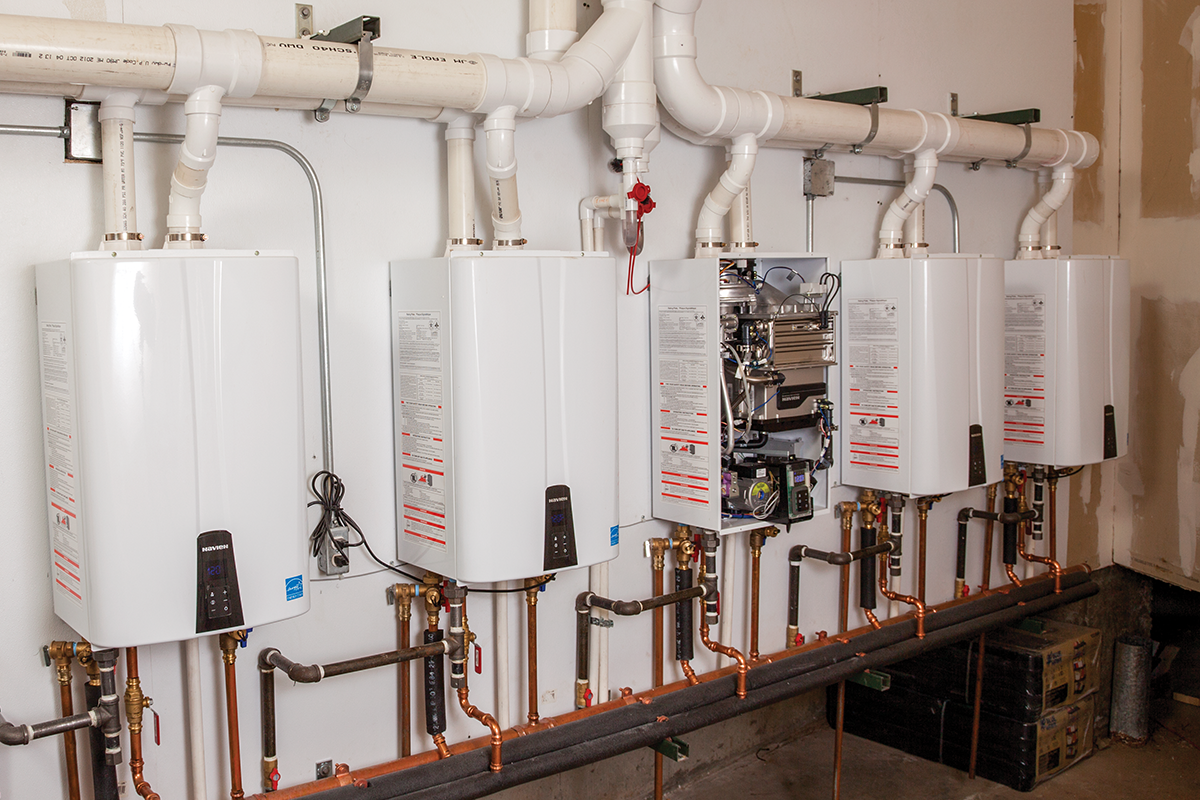